When it comes to asbestos, most people like to think they are very careful and don't take any risks. You probably had your home inspected when you first moved in for any asbestos in the insulation, or maybe you had written proof from the previous owner that they had it done themselves. The truth is that asbestos can be found in more than just insulation. As a fibrous material, asbestos was often used as an ingredient in other construction items that you might still have in your home. While these are a little less dangerous than loose insulation, they can be dangerous when they degrade and become loose. Here are a few areas where you might need asbestos removal other than the insulation in your ceiling.

If your roof hasn't been replaced or repaired since the 1990s or before, then there is a decent chance that asbestos was used in its construction. Asbestos was popular in many roofing materials because of its tough thermal resistance and longevity. The good news is that this type of asbestos is what is known as bonded asbestos, meaning that it is not freely hanging around in the air unless it is disturbed through a broken tile or degrading over time. Still, you need to have this confirmed through a professional asbestos inspection to know one way or the other.

Sometimes people do the right thing and get their whole home checked for asbestos but then forget about the standalone shed that they have out in the backyard. These sheds can contain asbestos in the same places your home can: in insulation, roofing tiles, some types of flooring and so on. It is hard to fathom how popular asbestos was, but before the 1990s it was one of the most popular materials used because of its many advantages and a lack of awareness of its hazardous status. If you have an old shed you haven't had checked for asbestos, now might be the time to do so.

You might not realise this, but asbestos was used in many materials throughout cars, trucks and boats right up until the turn of this century. Whether it was in an epoxy coating or as part of electrical insulation, asbestos was a popular material in vehicles just like it was in homes. Asbestos removal is a little bit different for these areas of concern but it still should be investigated to make sure you are aware of the danger, and if possible, you should have it removed safely. 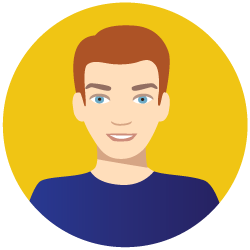 Do you need to add an extra room to your house? Are you designing a new home? Want to learn self-improvement techniques to use around your home? Looking for tips on hiring contractors or construction crews? Those are the types of questions I plan to answer in this blog. Hi! My name is Max. I own a hairdressing company. We use a converted historic building for our space, and after buying it, I had to gut the facility. Through the process, I worked closely with construction workers, contractors, designers and landscaping professionals to create a beautiful space that my high-end clients love to visit. I enjoy writing so decided to create this blog. I hope you like it.